Your establishment's link with the Student CRM Product Team

Written by Laura Montgomery-Hurrell
Updated over a week ago

Every Institution within Student CRM has one nominated representative, known as the User Group Representative (UGRs), and one or two User Group Observers (UGOs).

These individuals are typically super users, and are responsible for gathering your users' suggestions and adding each one as a new Feature Request in the Roadmap.

Here they can be voted on by other User Group Representatives, and the top five will be discussed at User Group meetups.

User Group Representatives are also capable of voting on other Establishment's feature suggestions; Observers, however, are only able to make comments and advise their UGR on what to vote for. 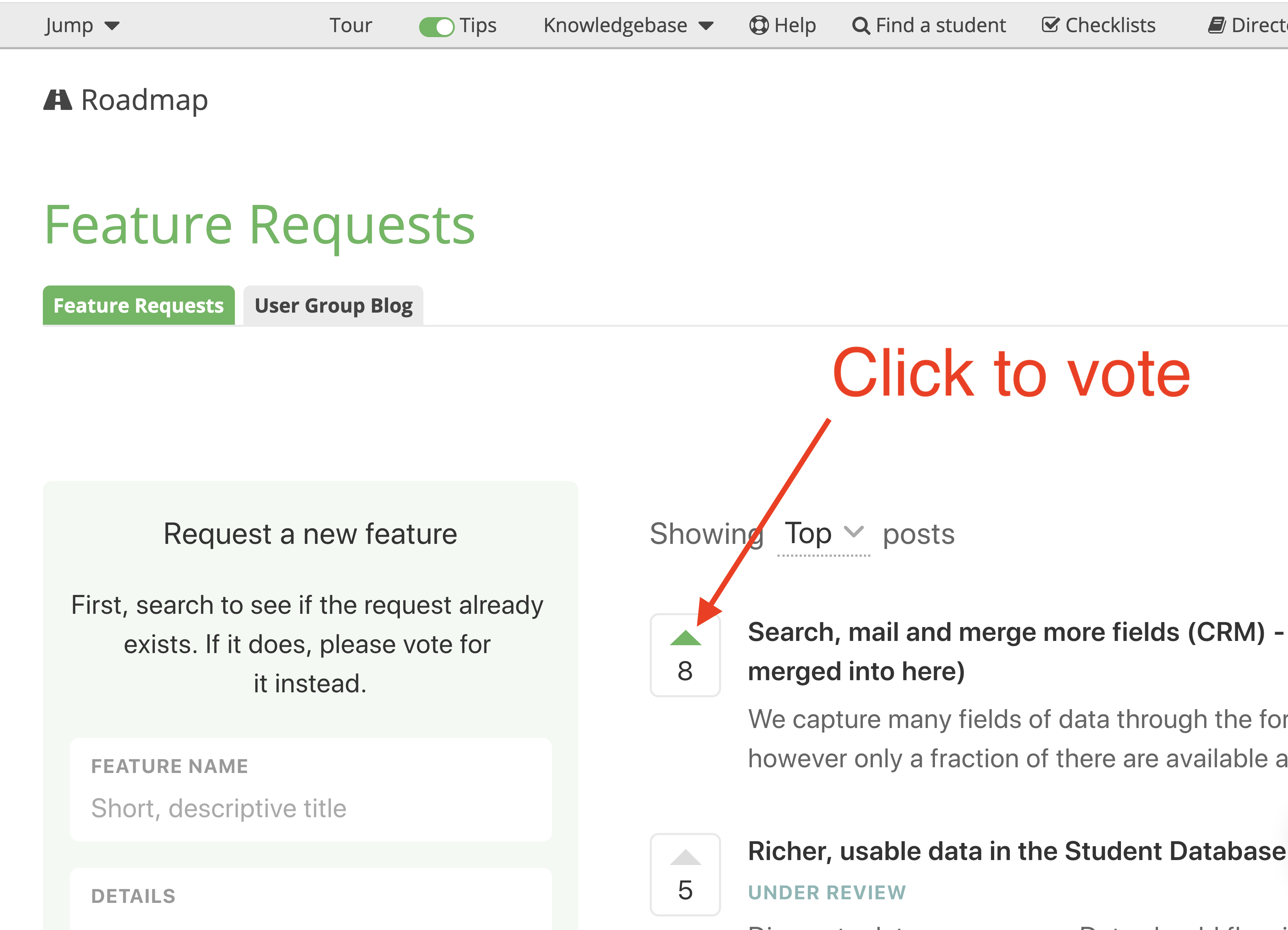 From here we follow the process outlined in the article, "Got a Feature Idea?" to see which ones gets turned into a part of Student CRM.

Did this answer your question?