All Collections
Web Form Builder
Other questions
The Forms tab

Written by Dom Yeadon
Updated over a week ago

Use the Forms tab to see and manage your web forms from the apps in which they store data. This means you can monitor and quickly optimise forms for better performance. 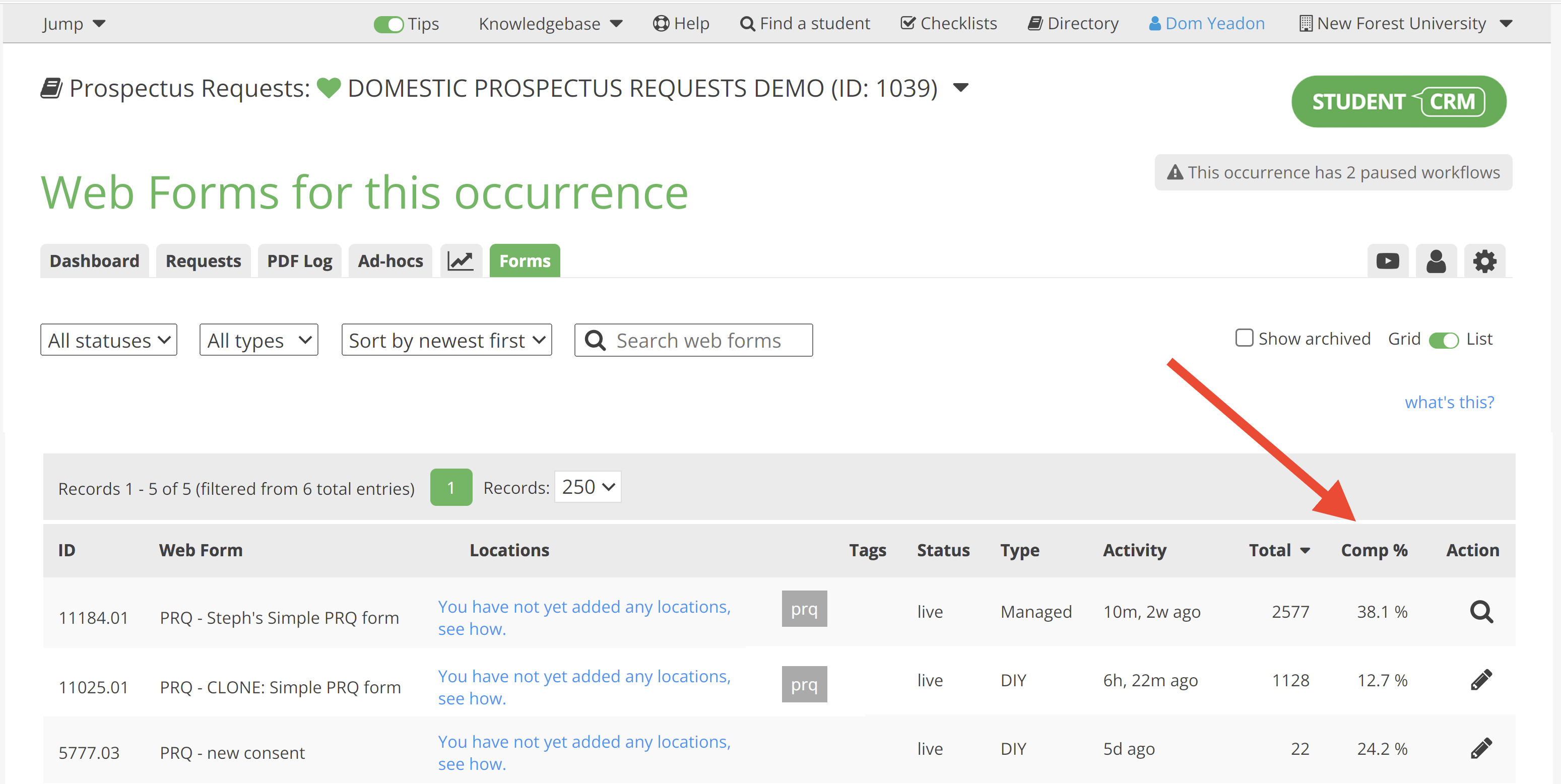 In the example above, you can see that 26 different web forms all send data into this occurrence of Rapid Response.

Q. Can every user see the Forms tab?

A. Yes. All users with access to occurrences of AOD, APS, ENQ, EVM, MEC, POD, PRQ, RAP, and SRV can see the Forms tab.

Q. Can users with no access to Web Form Builder make changes to the forms they can see?

A. No. This is a View-only tab for users with no access to Web Form Builder. They can see the forms' performance, visit the locations, and search only.

Q. Can I add a new Web Form from this tab?

A. No. All web forms appear automatically only after they have been added in the Web Form Builder app.

Q. Why do I see the same web form in different occurrences?

A. That is OK. One web form can save data into many different occurrences if you set it up that way.

Did this answer your question?